Ookla has just released its fourth-quarter market report, revealing the fastest 5G and broadband providers in the US, and once again, it looks like T-Mobile has taken the crown for the fastest and most consistent 5G speeds in the US

The wireless carrier isn’t sitting still, however, as Ookla’s latest report shows a significant increase in its Speed ​​Score from its last report for Q3 2021, gaining 20 points overall to bring its Q4 2021 score up to 201.10, from 178.38 last quarter.

Looking at real-world numbers, the report notes that T-Mobile managed to achieve a median download speed of 90.65Mbps, and a Consistency Score of 87.3%, both of which Ookla describes as large increases over Q3 2021.

Looking at Ookla’s numbers, it’s clear that this wasn’t even a close race. AT & T came in second place with median download speeds of 49.25 Mbps, and Verizon was a close third at 44.67 Mbps in overall cellular speed numbers.

There was an even larger gap when it came to 5G performance, with T-Mobile’s 187.12Mbps eclipsing both Verizon and AT & T, which failed to break the 100Mbps barrier at all, clocking in at 78.52Mbps and 68.82Mpbs, respectively.

T-Mobile also came out ahead in latency and consistency, although the margins were much closer here. For 5G availability, which measures the percentage of users on 5G-capable devices that spend the majority of their time on 5G, T-Mobile was the only carrier to soar past the halfway mark, at 61.4%. AT & T came in second at 48%, while Verizon lagged behind at 36.4%.

Verizon’s lower numbers for 5G availability are likely due to its choice to go for speed over coverage in its original 5G rollouts. The carrier focused on deploying fast, short-range mmWave technology in major urban centers.

This originally earned it very high scores for raw 5G speeds. A report by OpenSignal early last year reported speeds in excess of 500Mbps on Verizon’s 5G network. The only problem was that most users weren’t able to enjoy these speeds.

At the time, Verizon only had its mmWave network, so naturally, its raw 5G speeds were the fastest, even if they were only available to a small percentage of its customers. As it began rolling out its Nationwide 5G, using a much lower- frequency sub-6GHz spectrum that was shared with its 4G LTE service, the slower performance on that side pulled down its overall average.

While, T-Mobile’s focus from the beginning was on expanding its coverage as wide and far as possible. It was the first carrier to boast coverage in all 50 states, and also had a leg up on delivering faster mid-band 5G spectrum, thanks to its merger with Sprint in 2020.

This has given T-Mobile a solid lead, and although these latest reports suggest that it’s expanding that lead, it’s fair to say that this won’t last forever. In fact, this week, both AT & T and Verizon are expected to begin rolling out their new C-band spectrum, which runs in the same mid-band frequencies that have been driving T-Mobile’s fastest speeds, so it’s fair to say that things are about to get a lot more interesting.

The numbers by state

Ookla’s report also breaks down the fastest carriers in each of the 50 US States, plus the District of Columbia, and even though T-Mobile came out ahead overall, it may not be the best choice where you live.

Specifically, T-Mobile was number one in 42 states, while AT & T came out on top in North Dakota, South Dakota, West Virginia, and Vermont. Local carrier GCI also beat out T-Mobile in Alaska, but that’s not surprising as it’s already The dominant carrier in that state, and was the first to launch 5G. Even so, AT & T and GCI’s top speeds in those states peaked at around 66Mbps.

Of all the US states, the District of Columbia reported the fastest median download speeds, at 125.5Mbps. Second and third place went to Illinois and Kansas, at 113.69Mbps and 110.87Mbps, respectively. Ohio, New York, New Jersey, and Minnesota were the only other states to break the 100Mbps barrier.

The poorest performance of any state was found in Vermont, at 41.17Mbps. AT & T was actually the fastest provider here, suggesting even slower speeds on T-Mobile. The second-slowest was Mississippi, where T-Mobile was still the fastest carrier, but only delivering median speeds of 42.14Mbps.

When it came to manufacturers, however, Google devices showed the fastest median download speeds overall, at 60.82Mbps, followed by Samsung at 52.80Mbps, and Apple in a close third at 52.76Mbps.

Despite having the fastest 5G smartphones, Apple’s overall numbers were likely pulled down by the older, non-5G-capable iPhone models that the company still sells. Except for the categories that are specific to 5G availability, coverage, and reliability, Ookla’s numbers measure overall median mobile download performance across all the available cellular networks from each carrier.

Ookla also reported on the fastest chipsets it found in mobile devices, with the Qualcomm Snapdragon X60 5G achieving 88.56Mbps and the Google Tensor hitting 86.73Mbps. Qualcomm’s X60 is used in Apple’s iPhone 13 lineup as well as most premium Android handsets, while Google’s Tensor is at the core of the Pixel 6 and Pixel 6 Pro. 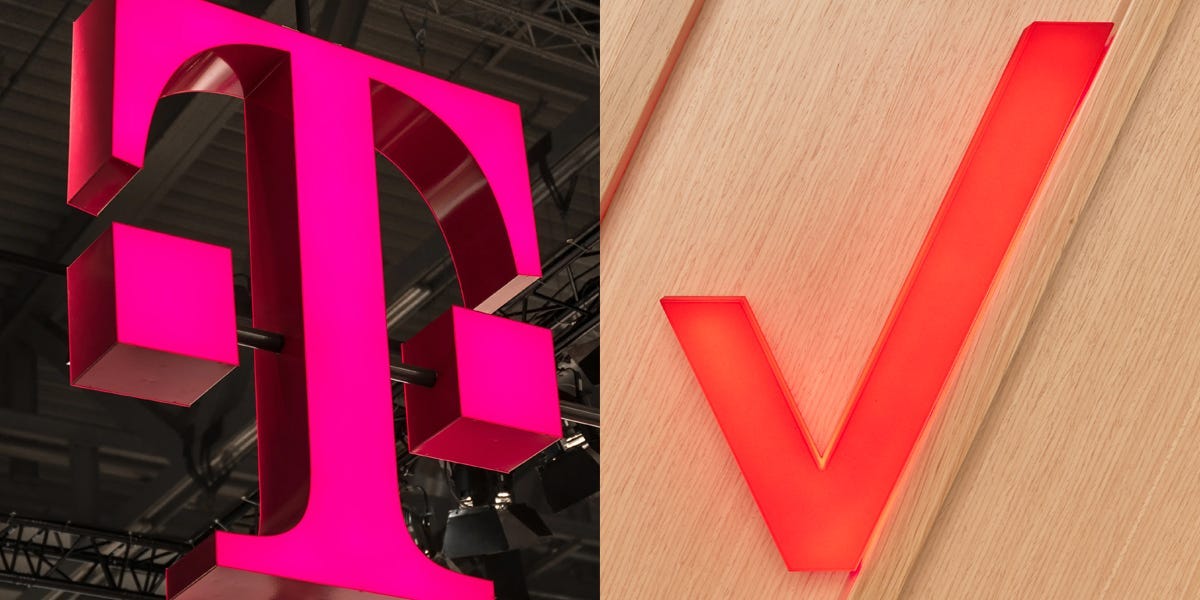